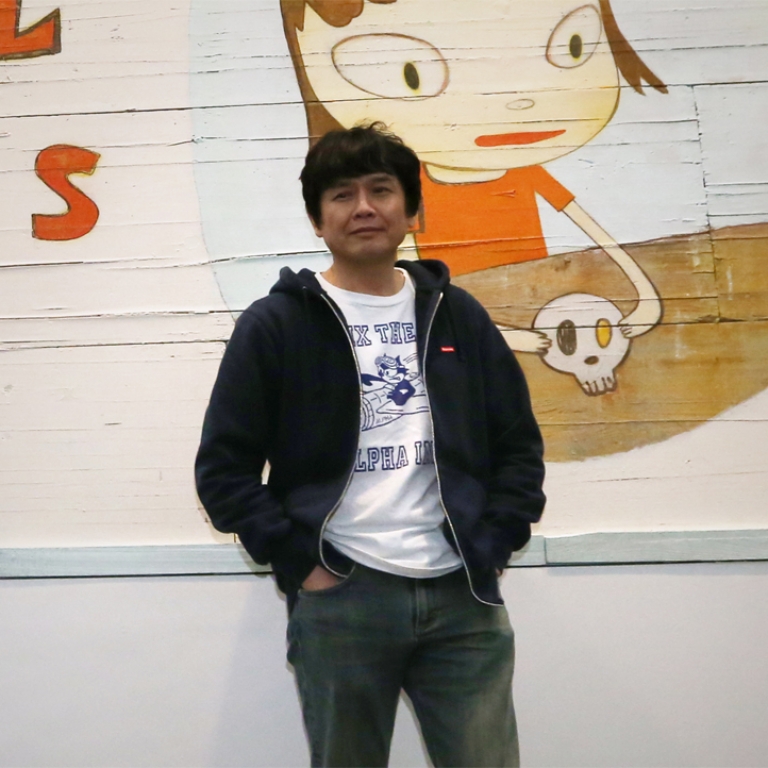 Yoshitomo Nara is a Japanese artist best known for his paintings of children and animals that appear simultaneously sweet and sinister, as seen in his work Do Not Disturb! (1996). A contemporary of Takashi Murakami, Nara has been influenced by popular culture in both Eastern and Western society. His versatile practice explores themes of isolation, rebellion, and spirituality through printmaking, painting, sculpture, ceramics, and installations. “Because of the imagery that I usually work with in my paintings, imagery that some people misinterpret as being manga—like, not a lot of people would see this spiritual side of my work,” the artist said. “The fact is I have never once said that I’ve been influenced by Japanese manga. For a very long time I have created my art from a spiritual point of view. It is filled with religious and philosophical considerations.” Born on December 5, 1959 in Hirosaki, Japan, he studied at the Aichi Prefectural University of Fine Arts and Music, where he earned both his BFA and MFA, and later at the Kunstakademie Düsseldorf during the late 1980s. He currently lives and works in Tokyo. The artist’s works are held in the collections of the Art Institute of Chicago, the National Museum of Art in Osaka, and the Rubell Family Collection in Miami, among others.