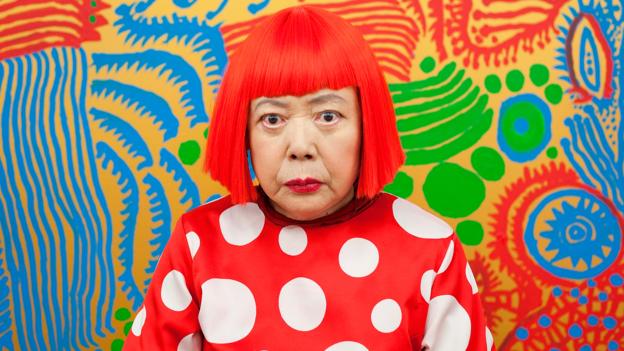 Avant-garde Japanese artist Yayoi Kusama was an influential figure in the postwar New York art scene, staging provocative happenings and exhibiting works such as her “Infinity Nets,” hallucinatory paintings of loops and dots (and physical representations of the idea of infinity). Narcissus Garden, an installation of hundreds of mirrored balls, earned Kusama notoriety at the 1966 Venice Biennale, where she attempted to sell the individual spheres to passersby. Kusama counted Donald Judd and Eva Hesse among her close friends, and is often considered an influence on Andy Warhol and a precursor to Pop art. Since her return to Japan in the 1970s, Kusama’s work has continued to appeal to the imagination and the senses, including dizzying walk-in installations, public sculptures, and the “Dots Obsessions” paintings.