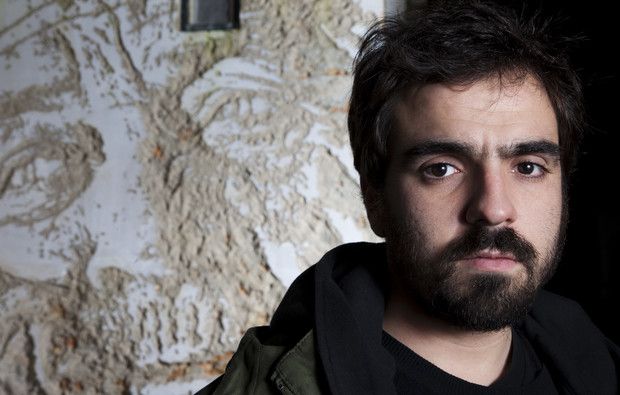 Vhils, the pseudonym of Portuguese street artist Alexandre Farto, has become synonymous with his signature approach to street portraiture. Working both outdoors and indoors, his large-scale, detailed images are achieved by scratching, drilling, and using bleach to tear away at billboards, walls, and found panels. The subjects therefore become one with the architecture and detritus that Vhils uses as both substrate and medium. His groundbreaking bas-relief carving technique has been hailed as one of the most compelling approaches to art created in the streets in the last decade. Challenging the notion that graffiti art is socially disruptive, Vhils sees the medium as a force to push the boundaries of the politics of communication in the social arena. An avid experimentalist, Vhils has been developing his personal aesthetics in a plurality of media besides his signature carving technique: from stencil painting to metal etching, from pyrotechnic explosions and video to sculptural installations. Since 2005, he has presented his work in over 30 countries around the world.