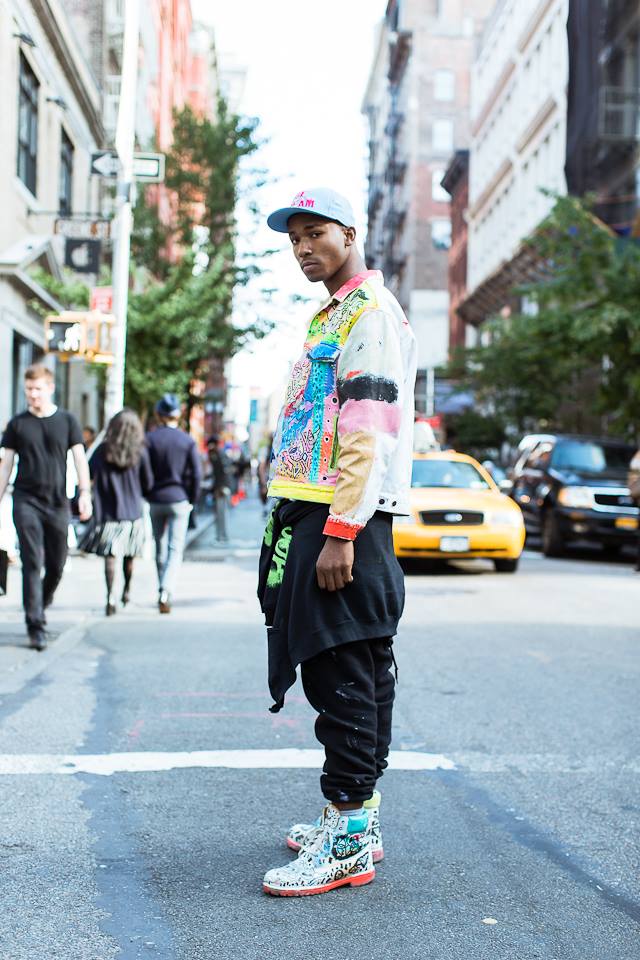 The Love Child, born Jay Gittens, is a self taught painter and street artist who describes his vision and expression as Pop Abstraction. Through the efforts of his mother, he emigrated on his own to Brooklyn from the island nation of Grenada in 2003. From there, he quickly turned to figure drawing as a means of creating companionship. He imagined and illustrated worlds on paper that he felt isolated from, drawing on the rich organic colors he was surrounded by in his former Caribbean home. Gittens has since been featured in numerous galleries across New York and the eastern seaboard, in addition to receiving press both domestically and internationally. His works, a mixture of brazen street style, yet intertwined with the depth and earnest emotion of fine art, has garnered him an admiring audience in art, fashion, and design the world over.