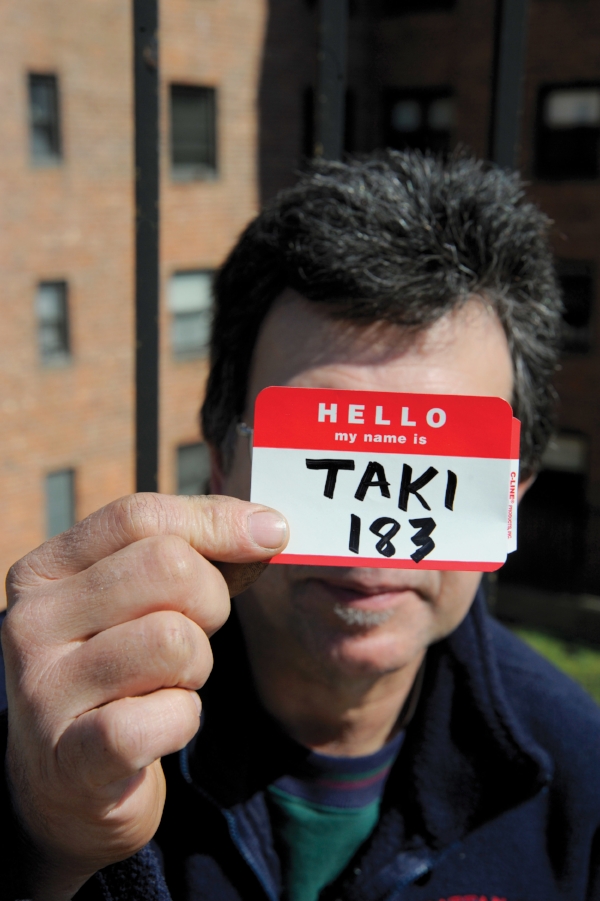 Graffiti writers around the world know the name that started it all: TAKI 183. A kid from 183rd Street in Washington Heights in northern Manhattan, TAKI’s simple signature captured the attention of a reporter and, in the summer of 1971, an article appeared in The New York Times. TAKI, born Demetrius (and never revealing his full name) was the first New Yorker to become famous for writing graffiti. The floodgates opened and just like that TAKI 183 became the father of contemporary graffiti. His legend grew, and rumors spread that the artist even tagged a Secret Service car and the Statue of Liberty. Over the next decade, graffiti exploded into a colorful, stylish mural-sized art form. TAKI had no interest in this evolution and laid down his can of spray paint. The artist went on to college, learned car repair and bodywork, raised a family, and amid all the flurry of nearly 40 years of graffiti around the world, he has kept silent.