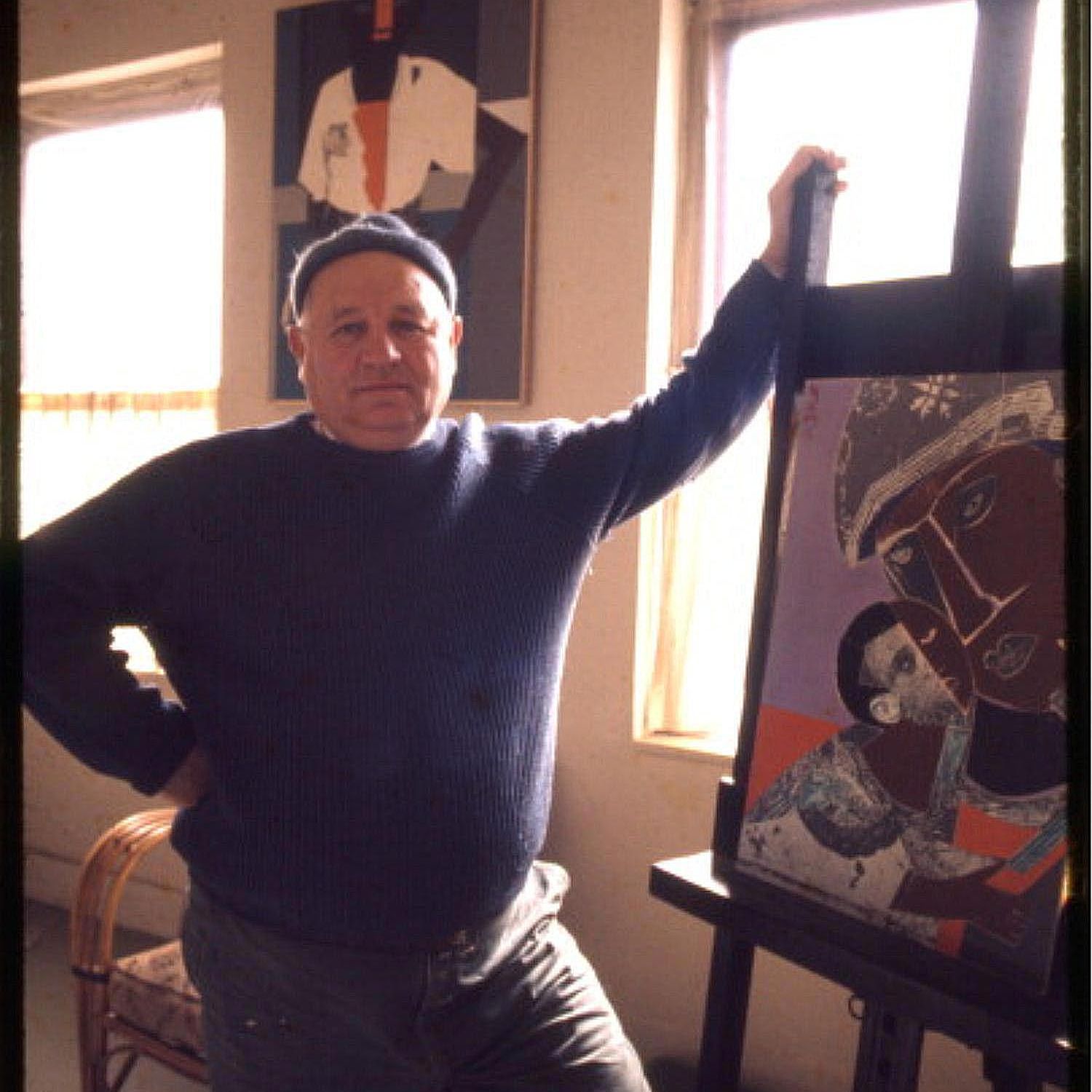 Romare Bearden’s vibrant paintings, drawings, collages, and photomontages canonized Black experience in mid-20th-century America. After transitioning from lush abstractions to figurative canvases in the early 1960s, Bearden depicted Black subjects in classical settings and compositions. He combined his flattened figures with intricate patterned dress and semi-abstract, fragmented blocks of color, giving mythological weight to his scenes. He’s most famous for his collages, which he composed from magazines, advertisements, textbooks, and more. Bearden, who graduated from New York University with a degree in education before studying drawing and painting at the Art Students League of New York, helped establish an infrastructure for Black arts in New York. He founded the Spiral Group alongside artists including Hale Woodruff, Charles Alston, and Norman Lewis and was later a founding member of the Studio Museum in Harlem. Bearden’s work belongs in the collections of the Studio Museum in Harlem, the Metropolitan Museum of Art, the Museum of Modern Art, the Whitney Museum of American Art, and the National Gallery of Art in Washington, D.C.