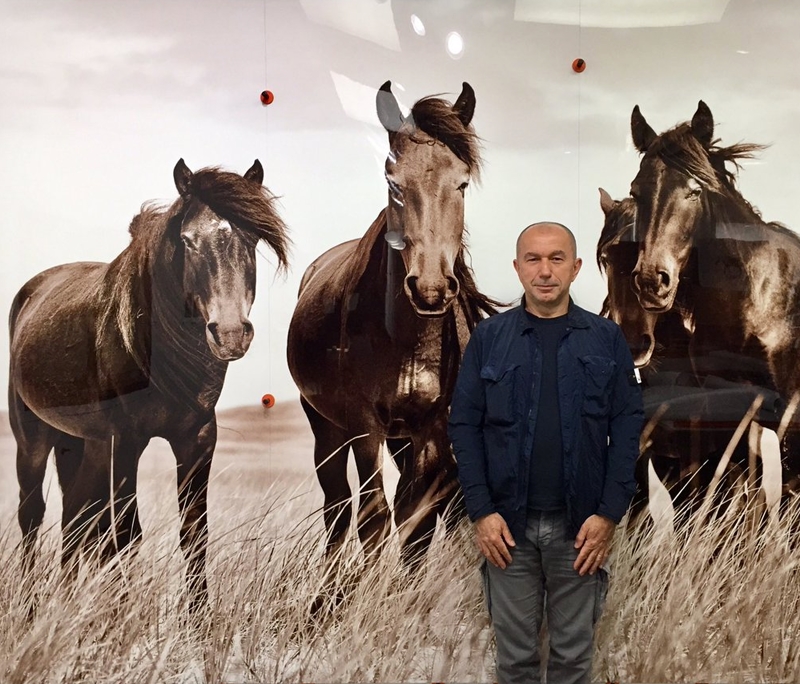 Roberto Dutesco is a Canadian-born Romanian artist, best known for his photography projects that meld personal interest with environmental and natural subject matter. In his longest-running series, the artist documents the feral horses in Nova Scotia on Canada’s Sable Island, capturing the animals in a variety of poses and settings. Born on June 6, 1961 in Bucharest, Romania, Dutesco attended the Dawson Institute of Photography in Montreal before beginning a short career in fashion photography. Dutesco’s oeuvre is eclectic, spanning the range between wildlife photography, formal abstraction, and political portraiture of world leaders such as Mikhail Gorbachev and the Dalai Lama. Stemming from both personal and political interest in his subject matter, his work has been exhibited worldwide in locations such as the Embassy of Canada’s Gallery in Washington, D.C., and at the 2005 World Expo in Japan in The United States Pavilion. Dutesco currently lives and works between Montreal, New York, and São Paulo, Brazil.