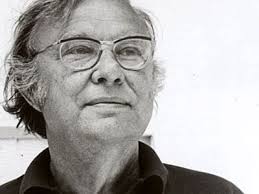 Possessing perhaps the best and most extensive formal education of all the New York School painters, Robert Motherwell was well versed in literature, philosophy and the European modernist traditions. His paintings, prints and collages feature simple shapes, bold color contrasts and a dynamic balance between restrained and boldly gestural brushstrokes. They reflect not only a dialogue with art history, philosophy and contemporary art, but also a sincere and considered engagement with autobiographical content, contemporary events and the essential human conditions of life, death, oppression and revolution.

Motherwell was an accomplished writer and editor, as well as an eloquent speaker. Through his teaching, lectures and publications, he became an unofficial spokesman and interpreter for the Abstract Expressionist movement.

Several key themes define Motherwell's work: the dialogue between repression and rebellion, between European modernism and a new American vision, and between formal and emotional approaches to art making.

Motherwell was an accomplished printmaker and an avid collagist, and he often used these techniques to engage with and respond to the influences of European modernism.