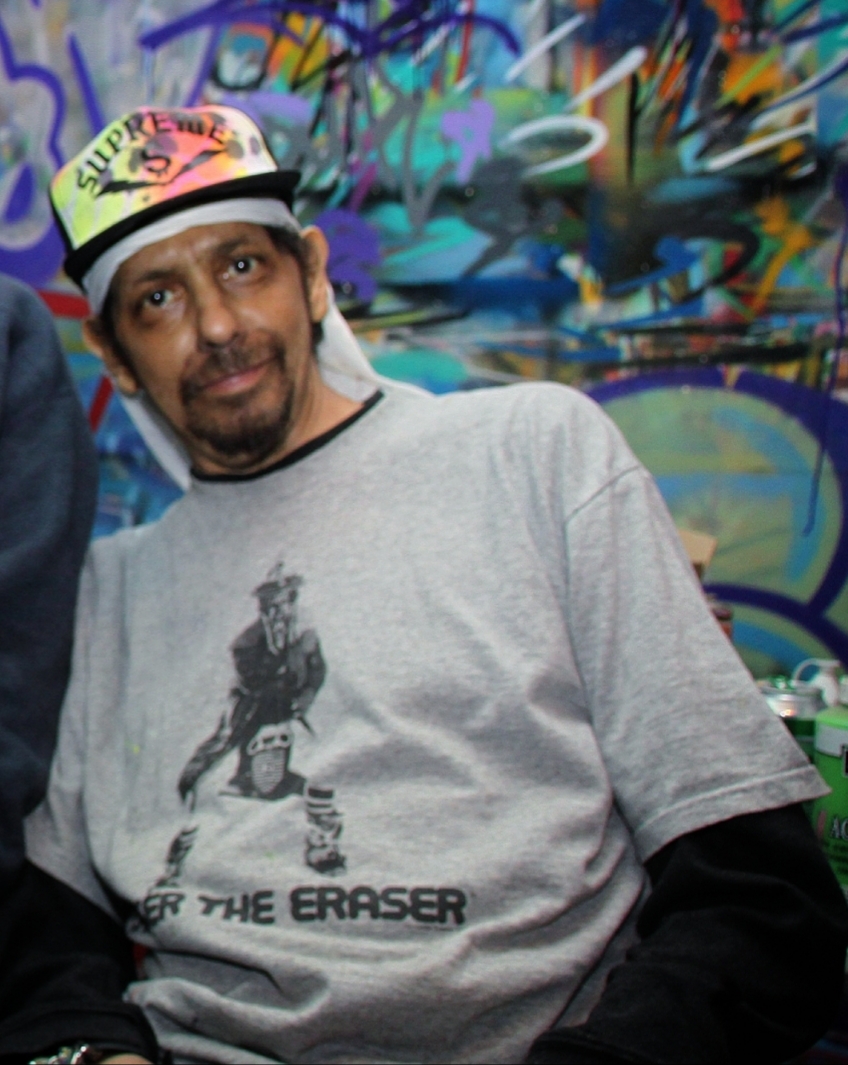 First known as a graffiti artist, Rammellzee also recorded and performed as a musician and later worked in sculpture and assemblage. His self-titled Gothic Futurism style was distinguished by the use of bright colors, barbed letters, and its symbolic campaign against standardization. Rammellzee’s self-given name is an esoteric derivation of a math equation. He first began tagging subway cars during the late 1970s. Rammellzee went on to release the hip-hop single “Beat Bop” with K-Rob in 1983, and exhibited alongside Jean-Michel Basquiat and Keith Haring. In the decades that followed, the artist continued to produce experimental music, costume-like sculptures, and spray painted work. In 2004, Rammellzee collaborated with the design brand Supreme to create a release of 20 hand painted backpacks. The artist died on June 27, 2010 in New York, NY.