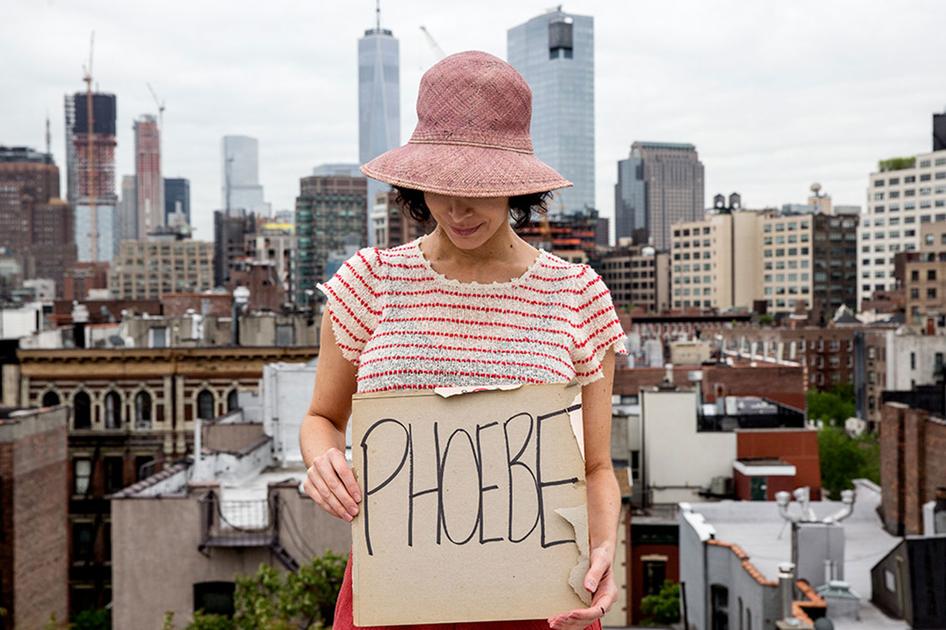 PhoebeNewYork, an alter ego character for Libby Schoettle, first came to life in collages created with found objects, including vintage photographs, magazine pages, clothing, as well as old books, record covers, and the occasional iconic pop art element. The artist is drawn to materials that have been owned and handled by others, materials that have been touched over time and that will remain intact over time (or not). From the streets of New York City to Philadelphia, Los Angeles, London, and Berlin, Schoettle reveals her own vulnerability, raw emotions, and witty observations through PhoebeNewYork‘s dark and funny explorations into love, feminism, political independence, and finding beauty in the mistaken.  Libby and Phoebe have been featured in publications such as New York Magazine’s The Cut and Nylon and have been the subject of fashion collaborations with Victoria Beckham, Dr. Marten’s, and Lululemon, among others.