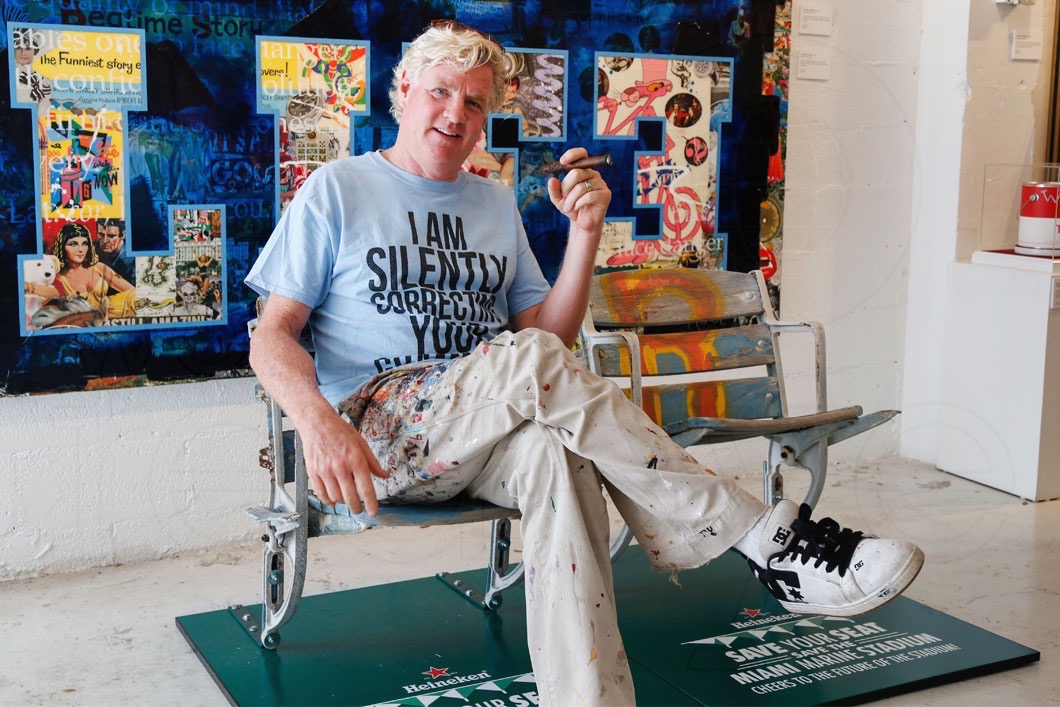 Peter Tunney is a Neo-Pop artist working with language and text. His works span a diverse use of mediums and materials like paint, collage, wood, found objects, newspapers, and photography. Drawing imagery and phrases from popular media sources, he created block-letter aphorisms such as “DON’T PANIC” and “THE TIME IS ALWAYS NOW.” This technique references the language-based works of both Christopher Wool and Mel Bochner. Capturing, collecting, and cataloguing things from his life, Peter’s work is curated by his extensive and rich experiences, as well as found objects and so on that he discovers in the world, which are brought to life in his work. Peter produces works that probe our culture with authority, mining images from newspapers, magazines, and art books and translates them with his unique perspective into something new. Tunney is well-known for sloganeering positive messages in his dynamic textual imagery that is the central, graphic element in his work. His refreshingly optimistic phrases and quotes are colorfully painted over collaged headlines, whimsically empowering them with his own headlines of bold typography, such as “DON’T PANIC”, “BELIEVE”, and “GRATITUDE”. Through works like such Tunney functions as his own media machine, redefining ways for us to interact with and understand the world around us with a tone of bright-eyed positivity.