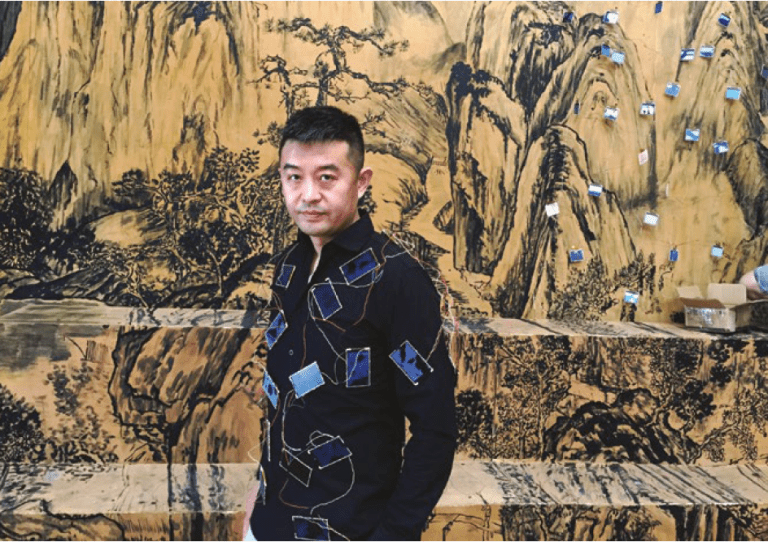 Chinese performance artist and photographer Liu Bolin was born in 1973, in Bizhou in the Shandong Province of China. He graduated with a BFA from the Shandong College of Arts in 1995, followed by an MFA from the Central Academy of Fine Arts, Beijing in 2002. Often referred to as “The Invisible Man”, because he camouflages himself into his environment, Liu Bolin’s Hiding in the City series is his own “silent protest” against the policies of the Chinese government since the Cultural Revolution. In these works, Bolin’s audience is urged to look for the “Invisible Man” in the photograph, who is symbolic of the forgotten men of the relentlessly expanding, capitalist economy of China. Political in his aims, Bolin’s hope is to raise people’s awareness of themselves and others within their environment and to highlight the negative consequences of continuing inequality, injustice and environmental damage. It takes 3-4 hours to finish one work, with Bolin remaining completely still while assistants camouflage him into his surroundings before photographing him.