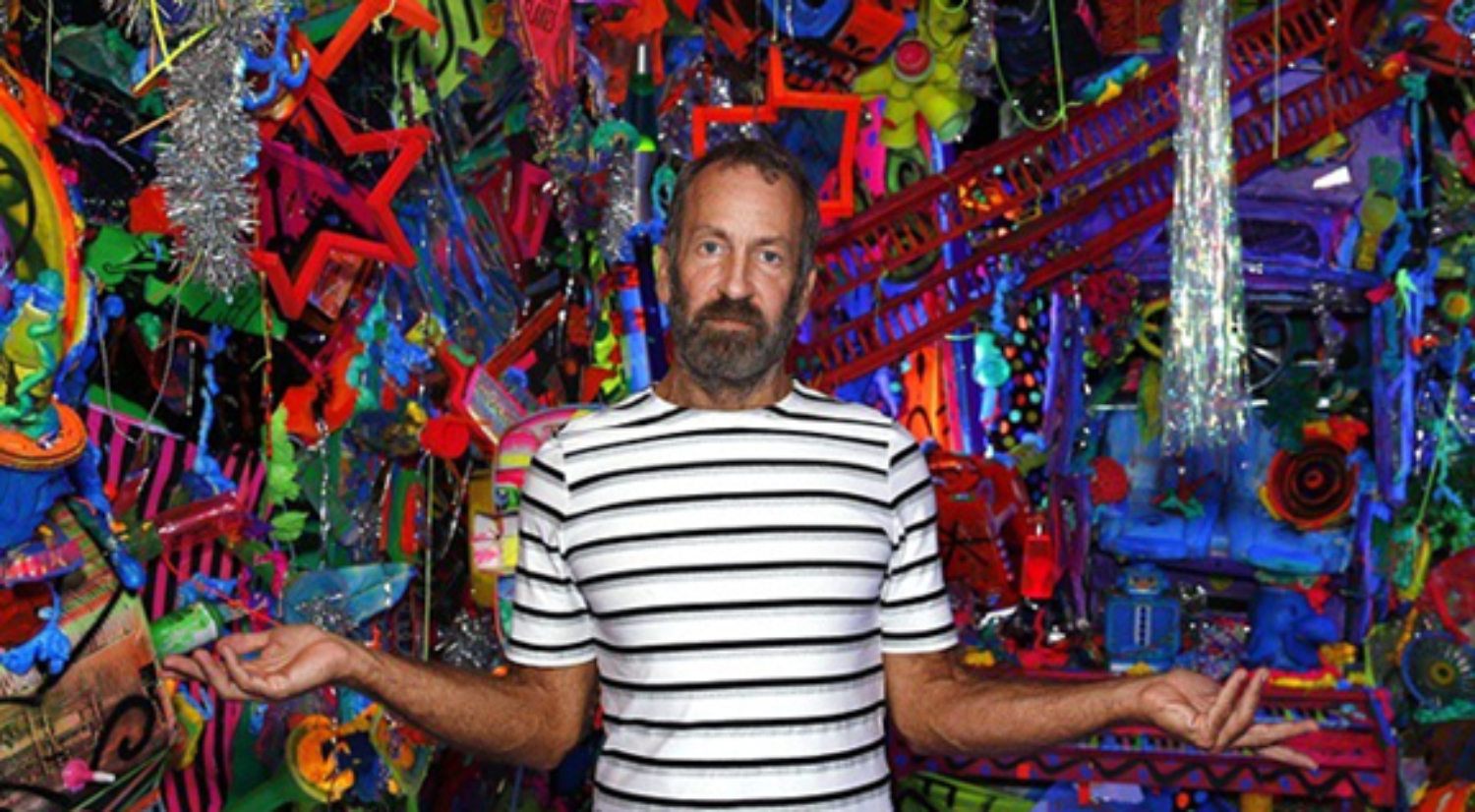 Muralist, painter, sculptor, and installation artist Kenny Scharf is best known for his fantastical, large-scale paintings of anthropomorphic animals and imagined creatures. Though Scharf’s brightly colored imagery is generally playful, he has remarked that darker themes exist beneath the surface of his works, visible upon closer inspection. Scharf moved to New York to receive his BFA, where he became a part of the 1980s East Village Art movement alongside Keith Haring. The artist says he has been influenced by all 20th-century art movements, including Abstract Expressionism and Pop Art, the latter reflected in his appropriation of cartoon characters from television shows like the Flintstones and Jetsons and his humorous depiction of snack food. Scharf’s oftentimes dense and frenetic compositions also echo a Baroque sensibility.