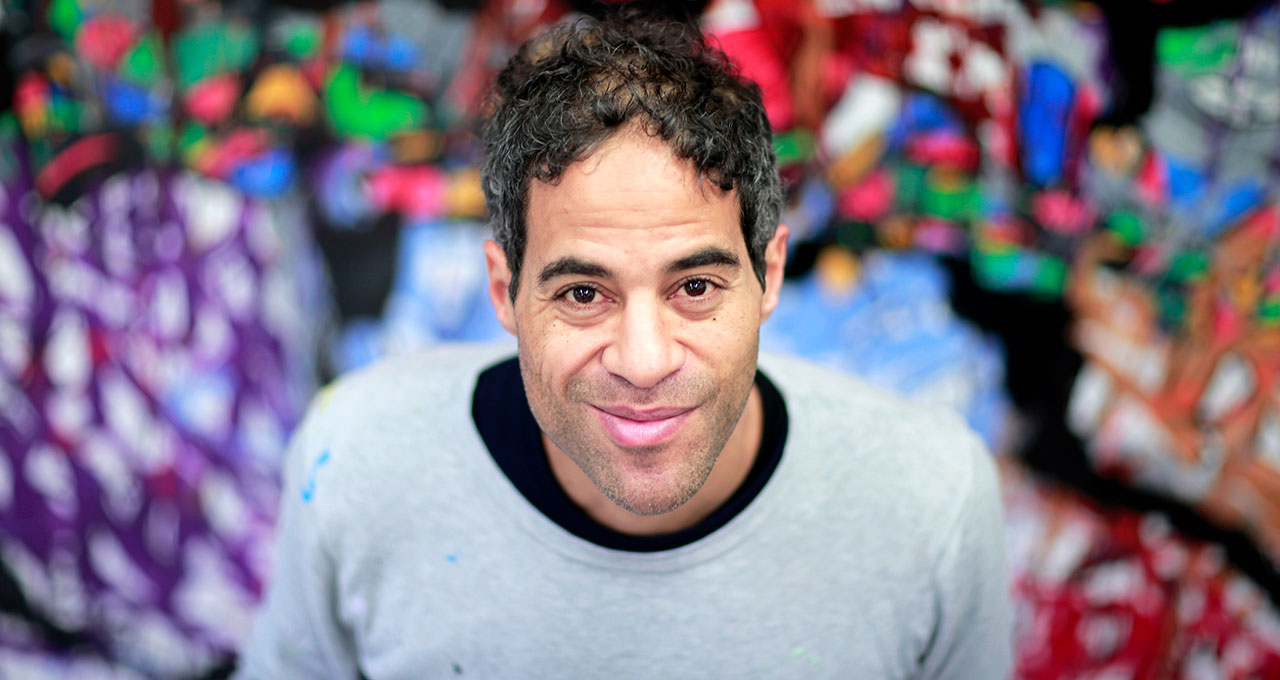 JonOne, born John Andrew Perello, is an American street artist known for his Abstract Expressionist-styled graffiti. While his work shows the influence of Jackson Pollock and Jean Dubuffet, JonOne began his career tagging while growing up in New York inspired by Jean-Michel Basquiat’s early street-based art. The self-taught artist developed his signature colorful abstract style with dynamic brushstrokes, drips, and patterns on the architecture and infrastructure of the city. Upon moving to Paris in 1987, JonOne began creating paintings on canvas and has gone on to exhibit his work at Kolly Gallery in Zürich, Gallery Magda Danysz in Shanghai, and Speerstra Gallery in Paris. In 2015, the artist decorated the entire outer shell of an Air France Boeing 777 airplane. He continues to live and work between New York, NY and Paris, France.