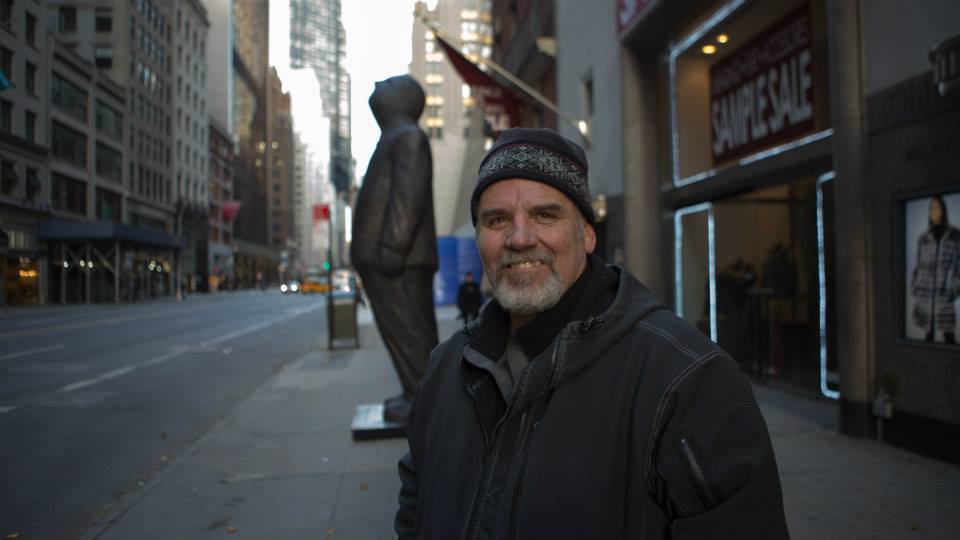 Jim Rennert was born in 1958, and grew up in Las Vegas, Nevada, and Salt Lake City, Utah. After ten trying years of working in business, Rennert was inspired to explore his artistic vision and embarked upon his career as a sculptor in 1990. He began exhibiting in galleries in 1993, and has since gained significant recognition. Rennert’s seminal series of works is immediately identifiable, with simplified figures and forms depicting men in suits. Combining the traditional medium of bronze with modern forms of flat laser cut steel, he illustrates concepts of corporate success and the obstacles faced by the modern working man. Drawing on both his past professional experiences, and those of his contemporaries, Rennert composes thought-provoking works to which viewers undeniably react and relate. Early works emphasize movement and physical metaphor, while more recent pieces show the development of a more contemplative character. In 2016 Rennert also released his first series of two-dimensional works, a collection of digital drawings available as large scale prints. Rennert exhibits at galleries and major US art fairs in New York, Connecticut, Massachusetts, Florida, Utah, New Mexico, Maine, Colorado, and British Columbia, with private and corporate collectors world-wide.