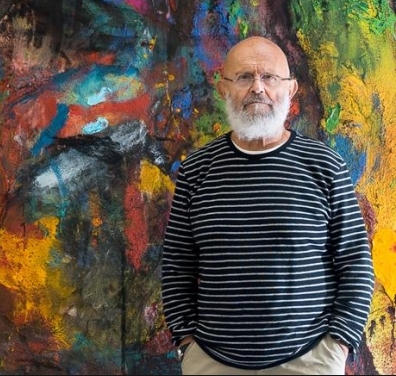 Although often associated with both Pop Art and Abstract Expressionism, Jim Dine did not identify with a specific movement, producing a vast oeuvre of paintings, drawings, works on paper, sculpture, poetry, and performances. Emerging as a pioneer (together with Allan Kaprow, Claes Oldenburg, and Robert Whitman) of New York’s Happenings of the 1960s, Dine would carry the spontaneous energy of this movement throughout his style, which emphasized the exploration of everyday life. Personally significant objects were Dine’s primary motifs, as in his iconic series of hearts and robes. He championed a return to figuration after a period of more concept-dominated works, and is considered an important figure in Neo-Dada and a forerunner of Neo-Expressionism. “The figure is still the only thing I have faith in in terms of how much emotion it’s charged with and how much subject matter is there,” he once said.