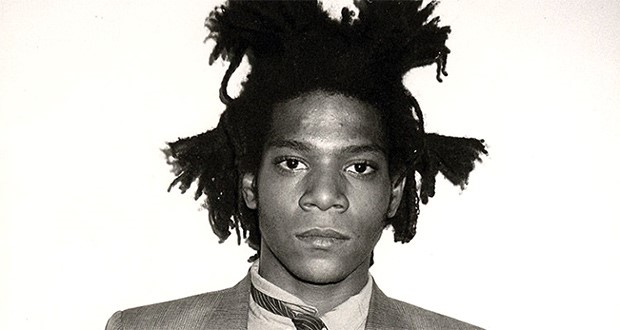 A poet, musician, and graffiti prodigy in late-1970s New York, Jean-Michel Basquiat had honed his signature painting style of obsessive scribbling, elusive symbols, and mask-and-skull imagery by the time he was 20. “I don’t think about art while I work,” he once said. “I think about life.” Basquiat drew his subjects from his own Caribbean heritage—his father was Haitian and his mother of Puerto Rican descent—and a convergence of Black, African, and Aztec cultural histories with Classical themes and contemporary heroes like athletes and musicians. Often associated with Neo-expressionism, Basquiat received massive acclaim in only a few short years, showing alongside artists like Julian Schnabel, David Salle, and Francesco Clemente. In 1983, he met Andy Warhol, who would come to be a mentor and idol. The two collaborated on a series of paintings before Warhol’s death in 1987, followed by Basquiat’s own untimely passing a year later.