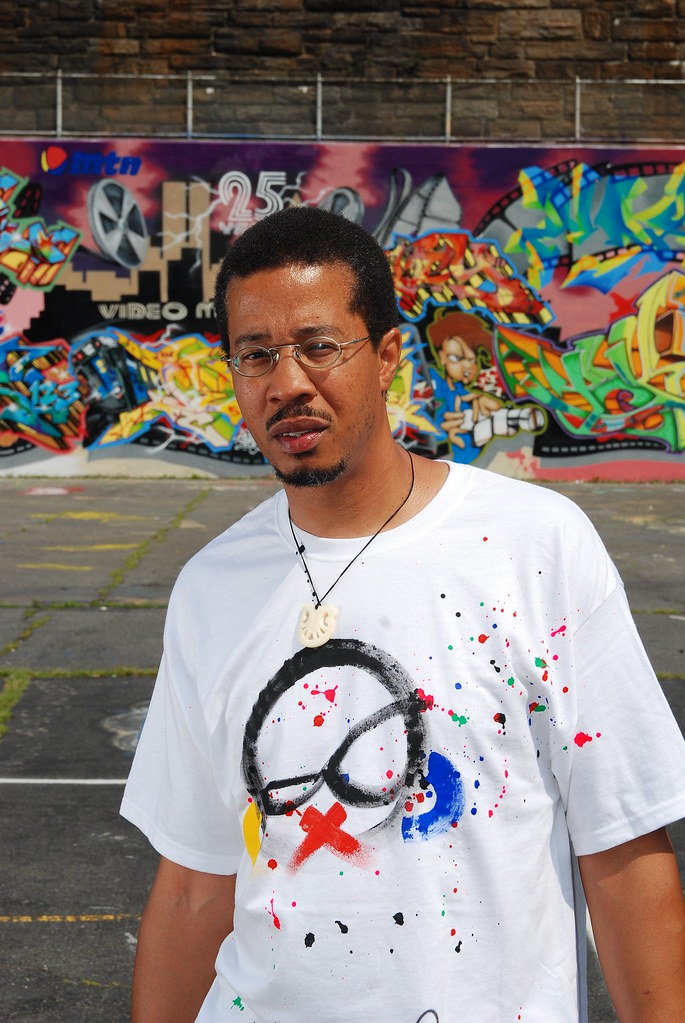 Artist and designer Eric Orr was a pioneer of graffiti art in the late ‘70s and one of the first graffiti artists to substitute typography for visual iconography. His moniker “robot head” was named by Keith Haring and the two collaborated on a series of drawings in the NYC Subways in 1984. He then created and published four issues of “Rappin’ Max Robot,” in 1986, the first Hip-Hop comic book. Orr has designed images, covers, and logos for musical artists including Jazzy Jay and Masters of Ceremony, and exhibited alongside such notables as Futura, Seen, and Kaws. In 2014 his personal archives were acquired by Cornell University and his work joined the permanent collection of Columbia University the following year.