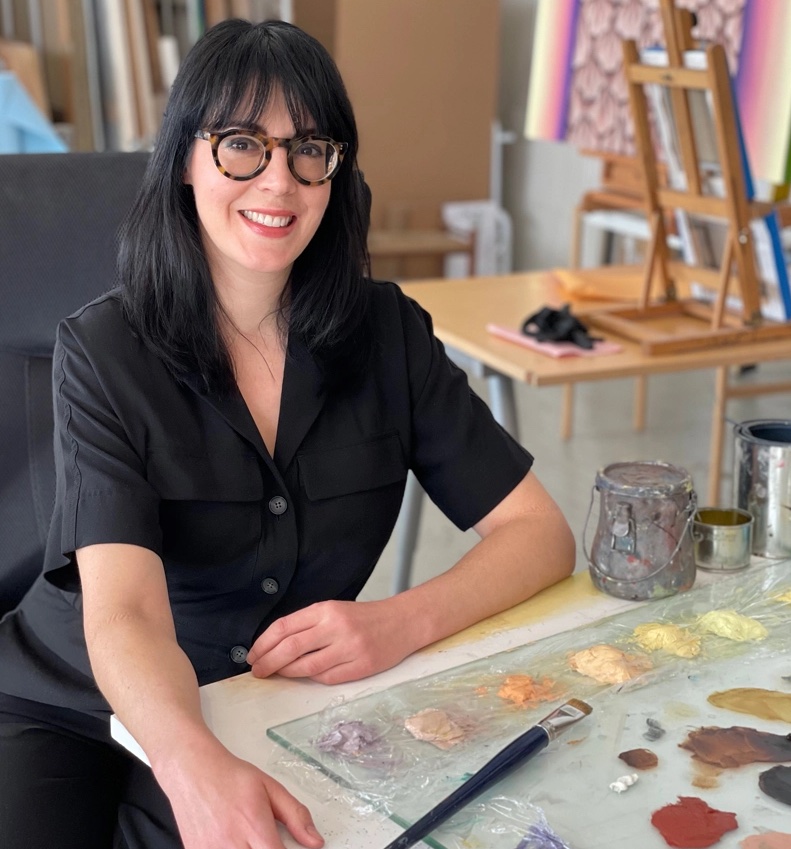 Emily Mae Smith’s beguiling figuration blends elements of Surrealism, Symbolism, and Pop art with a distinctly feminist aesthetic. The artist’s humorous, confrontational paintings and works on paper often feature an anthropomorphic broom character who references both the bewitched broomsticks from the Disney film Fantasia and gendered domestic work at large. Smith received her MFA from Columbia University and has exhibited in New York, Los Angeles, Tokyo, Berlin, Brussels, and beyond. Her work belongs to multiple public collections, including the Whitney Museum of American Art, the Dallas Museum of Art, and the Wadsworth Atheneum Museum of Art in Hartford, Connecticut, among others. Her paintings have sold for seven-figure prices on the secondary market. As she riffs on art history and develops her own distinctive visual language, Smith inserts a sense of feminine interiority into old, traditionally masculine painting styles.