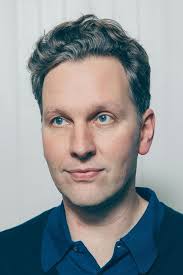 David Shrigley is a contemporary British artist with an internationally renowned drawing practice. Shrigley’s work is humorous, interspersed with his witty observations and written commentary that satirizes everyday life and awkward interactions. He works loosely, “It’s not the kind of drawing where you’re trying to get their eyes in the right place, you’re just trying to tell somebody something as directly as possible,” he explains. “It’s somewhere between handwriting and drawing. But then again there are also certain rules to what I do, like I’m not allowed to re-draw or anything and it just is what it is.” His illustrations has been featured as album art for musicians like Franz Ferdinand, and Bonnie Prince Billy, as well as in the form of large-scale public sculptures, published books, and hand-drawn animations. Born on September 17, 1968 in Macclesfield, United Kingdom, Shrigley went on to study environmental art at the Glasgow School of Art. Today, his works are in the collections of the Art Institute of Chicago, The Museum of Modern Art in New York, the Hammer Museum in Los Angeles, and the National Galleries of Scotland in Edinburgh, among others. He lives and works in Glasgow, United Kingdom.