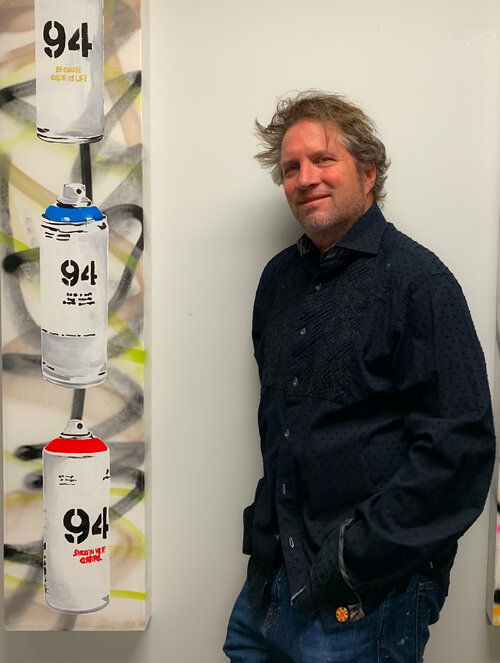 Best known for his Pop-Surrealist paintings, Daniel Maltzman is inspired by Los Angeles’ contemporary urban setting, street style aesthetic, and effervescent nightlife. Maltzman focuses on layered abstracts, strong female forms, and a series of shadow figures, which can be seen across the country from One Sunset in Hollywood to Yankee Stadium. Catching the eye of top Hollywood producers, his work is often featured in film and television, appearing in Nip Tuck and Dirty Sexy Money among many others. Maltzman has been interested in pop culture and advertisement from an early age. “My inspiration comes from everything around me,” says Maltzman. “A dynamic billboard, a stunning fashion ad, a woman masquerading in the night – anything can set off an idea that will turn into a painting.” Collectors such as Justin Bieber, Paris Hilton, Eugenio Lopez, and Steve Tisch are among the many esteemed owners of Maltzman’s growing body of work.