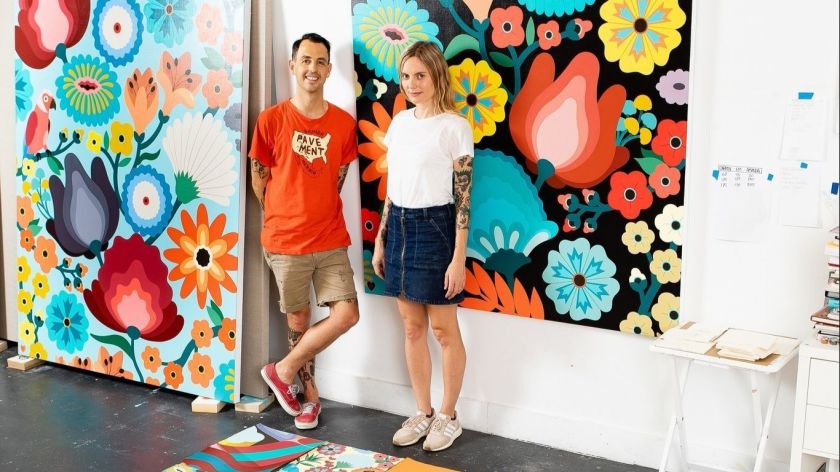 DABSMYLA (Dabs and Myla) are a husband-and-wife team of artists who create as one. They are known for their whimsical pop-art paintings, illustrations, and a 100% collaborative approach to their work, refusing to be individually credited. The two moved to Los Angeles in 2009 and have shared their work in massive, public formats from walls in Rio de Janeiro, London, Detroit, Norway and Tahiti to downtown LA. Dabsmyla create interactive and playful installations with paintings inspired by graffiti, mid-century illustration and the Golden Age of Comic Books. In 2012 they created a custom mural for Sanrio’s Hello Kitty, Hello Art! event. In 2014 they created a large-scale installation for the first-ever Hello Kitty Con at the Museum of Contemporary Art, Los Angeles. They also designed and created the elaborate set of the 2015 MTV Movie Awards as well as the event’s logo and award statuette.