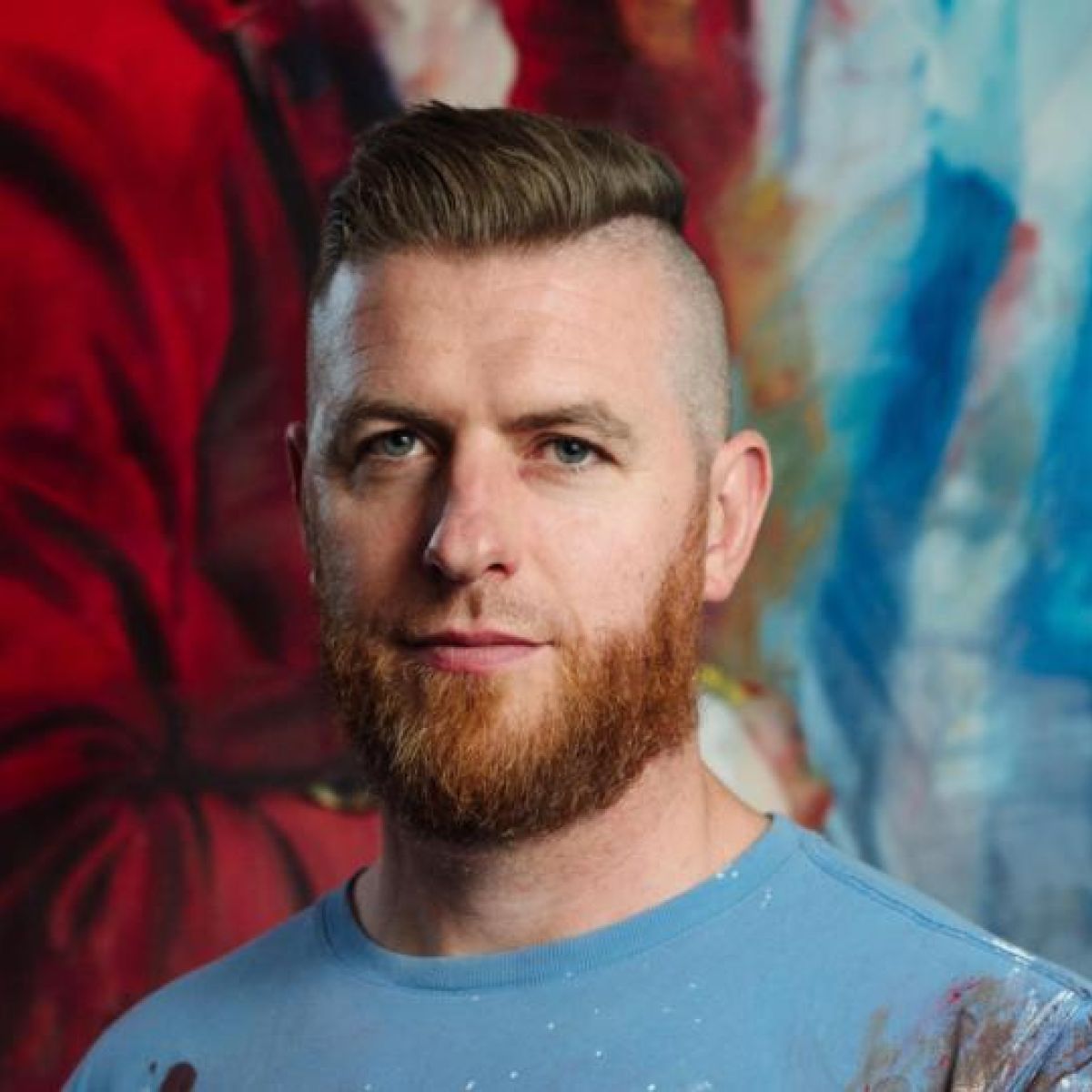 While the military figures in Conor Harrington’s powerful street paintings refer to the masculinity of urban culture, they can also be interpreted as self-portraits of the stoic, pensive persona of the contemporary painter. Harrington’s loose brushwork, seemingly unfinished imagery, dripping paint, and graffiti flourishes provide an antidote to his sometimes sentimental evocations of duty and honor. “I’m interested in the dynamics between opposing elements,” he says. Harrington believes that society views men as redundant, and presents his work as a simple reminder of the emotional contributions men are capable of.