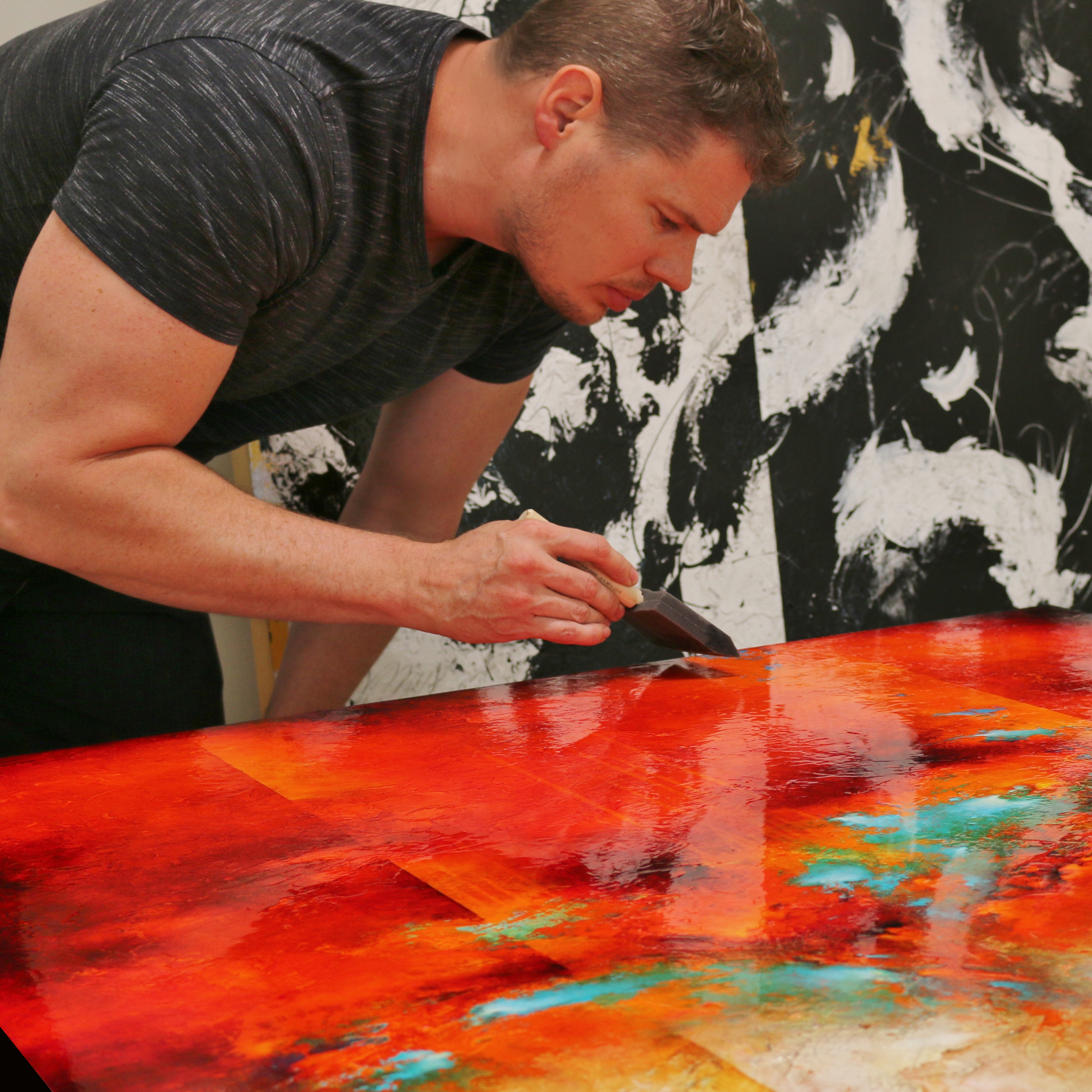 Cody Hooper grew up in North Texas and now lives and works in Santa Fe & Albuquerque, New Mexico. His passion for art began at a young age. As a child he was surrounded by art and music, along with the beauty of the Southwest landscape, inspiring his interest in fine art. Hooper was given the opportunity to study under Southwest watercolor artist Barbara Hughes for several years. This set his foundation as an artist and throughout his early years as he focused primarily on realistic watercolors. After many years of painting in watercolors, Hooper moved forward, experimenting with abstracts in various mediums. This pushed him to expand his horizons and tap into new areas of painting he had not yet explored. There was an obvious freedom and personal expression with abstraction and it was then that he really began to flourish. He was deeply interested in the effects of color, texture and the emotional response to strong composition and design. By removing the representational and creating something that told a story without an observational subject matter was very exciting. Today, Hooper’s work is a bold mix of styles, ranging from sleek and contemporary to weathered and organic. He brings a subtle and sophisticated feel to his paintings through a unique balance of color, composition and texture. His work is exhibited in the most prestigious galleries and featured in private and public collections worldwide.