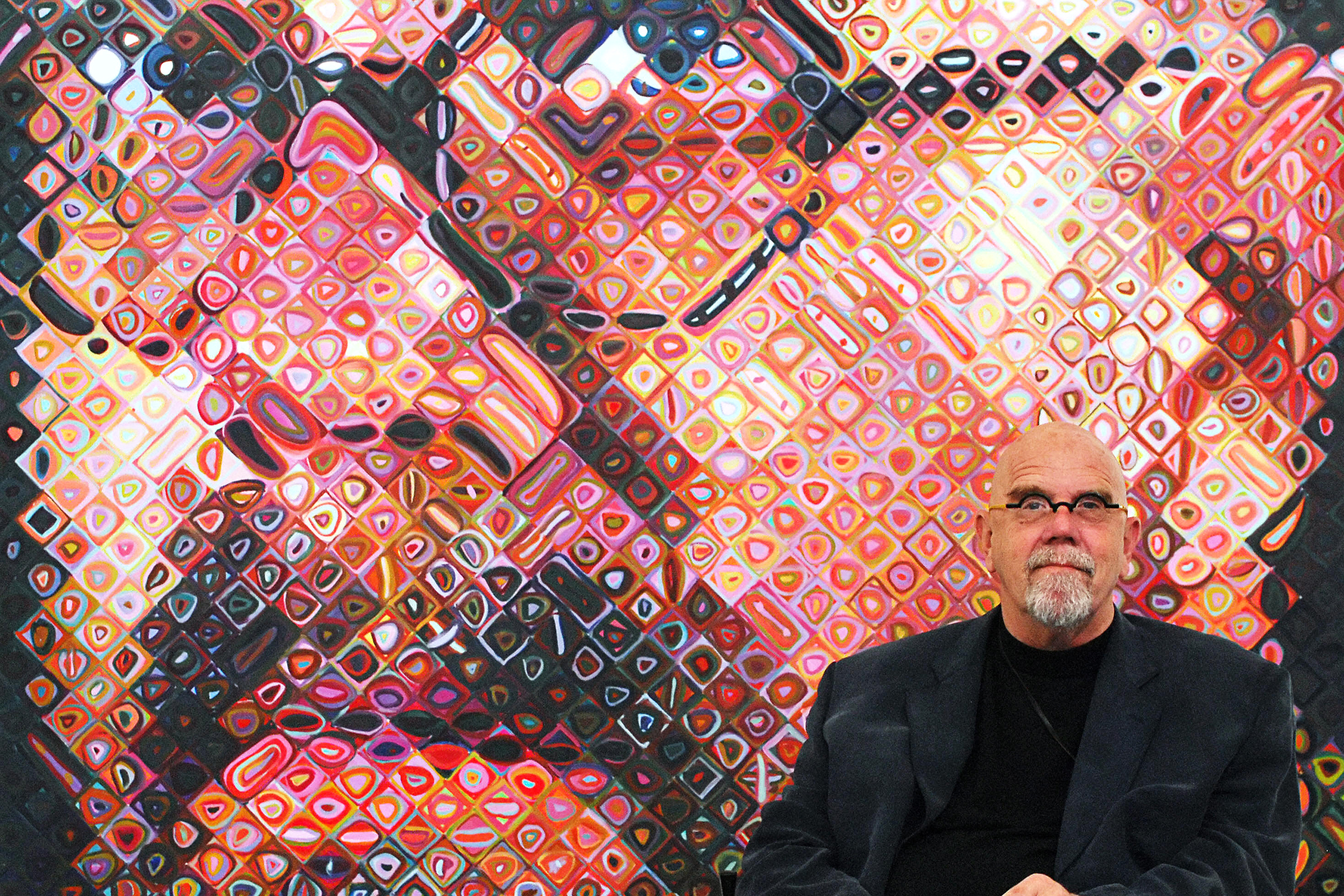 In the 1960s, Chuck Close pioneered Photorealism with his monumental, exquisitely detailed portraits, whose subjects he took from photographic sources. Playing with ideas of color, scale, and form, he later gained renown for gridded paintings that appear abstract from up close and highly realistic and pixelated from afar. Close has exhibited extensively since the ’60s and enjoyed solo shows at the Walker Art Center, the Metropolitan Museum of Art, the State Hermitage Museum, and the Museum of Contemporary Art Australia, among other institutions. He has featured in group exhibitions at the Venice Biennale and Documenta on multiple occasions. At auction, his work has sold for seven figures. Close has often depicted his family and friends, including fellow artists Robert Rauschenberg, Cindy Sherman, and Richard Serra. His work links him not only to other Photorealists such as Richard Estes and Audrey Flack, but also to the Conceptual art movement.