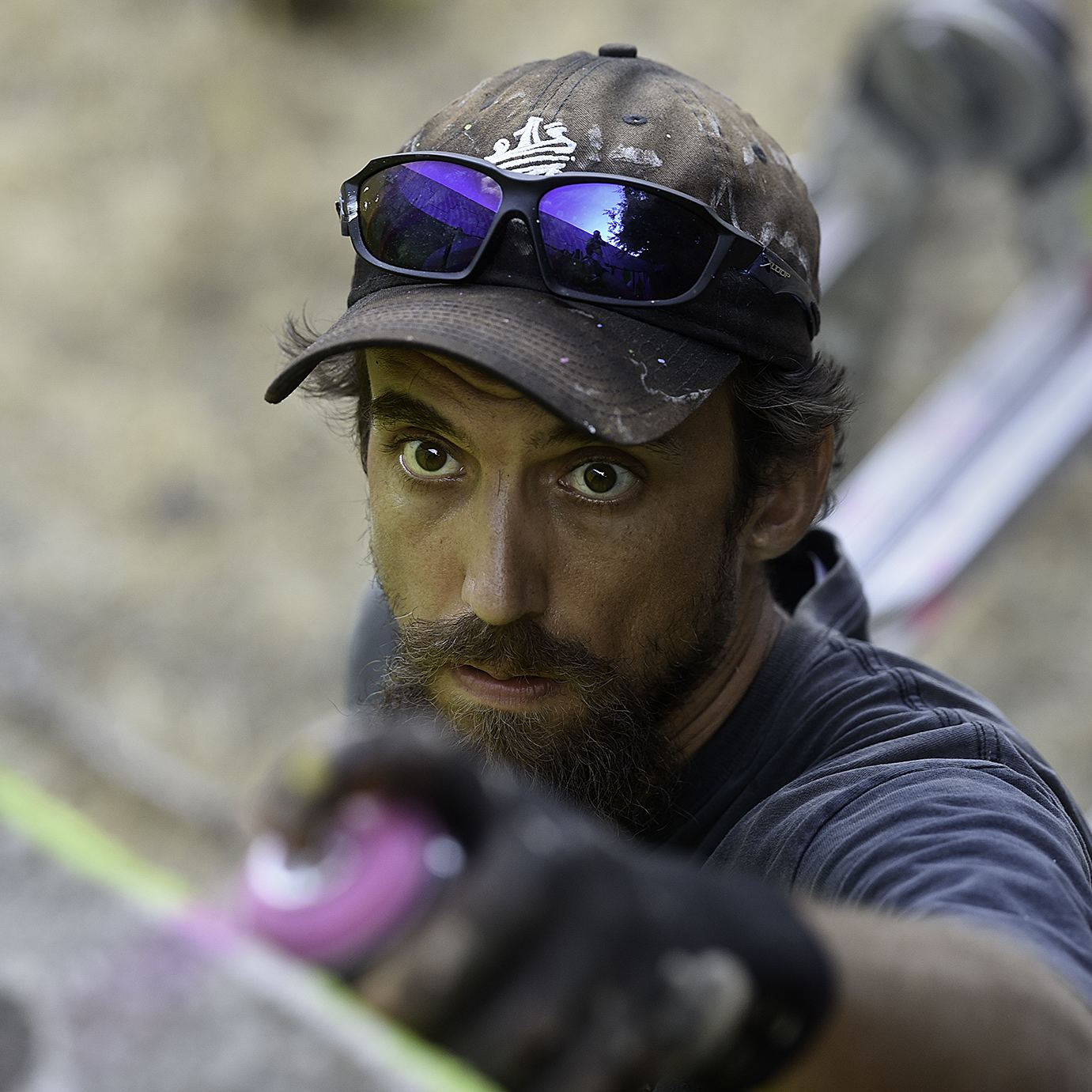 Street artist and animator Bill Tavis is best known for his striking halftone style. Creating an optical illusion by varying the relative thickness of a repeating pattern, halftone produces the illusion of tonal gradations while only using black and white. Tavis’ halftone murals are painted freehand with spray paint. Raised in Albuquerque, New Mexico, Tavis was exposed to rich cultural history and fractal vistas, which he cites as an influence on his artistic style. In addition to creating murals and prints, Tavis drew upon his education in animation to create a halftone software to create hundreds of digital halftone artworks. Tavis’ animated halftone GIFs have been exhibited in digital art festivals around the world. Tavis lives and works in Austin, TX.