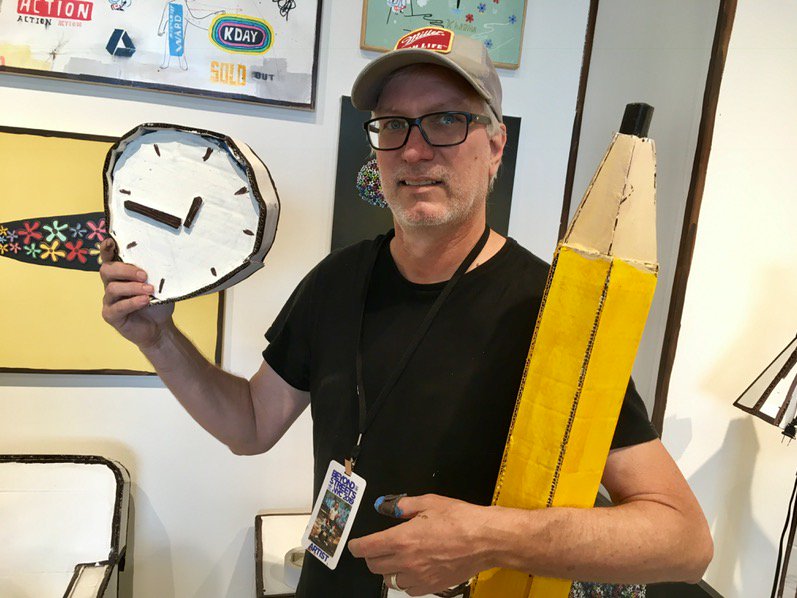 Bill Barminski has a long history of playing with cardboard. Though known as a painter, his increasingly independent sense of humor long ago inspired him to make unlikely things out of cardboard—rockets, motorcycles, mixtapes, gas masks—offerings which always operated on dual levels. On the one hand, the subversive joy of making that recalls childhood in its imagination and raw fun; on the other, an almost nihilistic thumb in the eye of the expense-obsessed out of control art market and its insatiable appetite for junk. Barminski’s work has spanned innumerable music videos, movies, magazines and advertisements. Some of the most notable include the Absolut Vodka billboard on Sunset, Baz Lurhmann’s iconic Everybody’s Free (To Wear Sunscreen) video, or the security entryway to Banksy’s Dismaland. He has been immensely prolific and influential over the last 30 years, with work spanning the mediums of illustration, painting, sculpting, animation, music composition, video and fully-immersive large-scale installations.