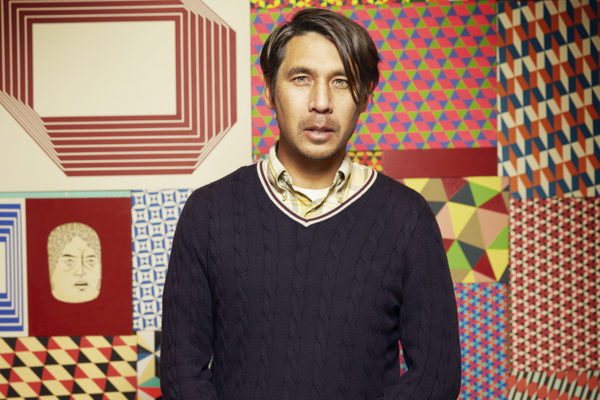 A lauded and much-respected cult figure in a bi-coastal subculture that comprises skaters, graffiti artists, and West Coast surfers, Barry McGee makes drawings, paintings, and mixed-media installations inspired by urban culture that incorporate elements such as empty liquor bottles and spray-paint cans, tagged signs, wrenches, and scrap wood or metal. McGee is also a graffiti artist, having produced work on the streets since the 1980s under the tag name “Twist”; his signature motif is the face of a man with sagging, tired eyes, rendered in an efficient linear style. He views graffiti as a vital mode of communication, one that keeps him in touch with a large and diverse audience. McGee and his wife, artist Margaret Kilgallen were featured in the film Beautiful Losers, a 2008 documentary about Street Art and the DIY aesthetic.