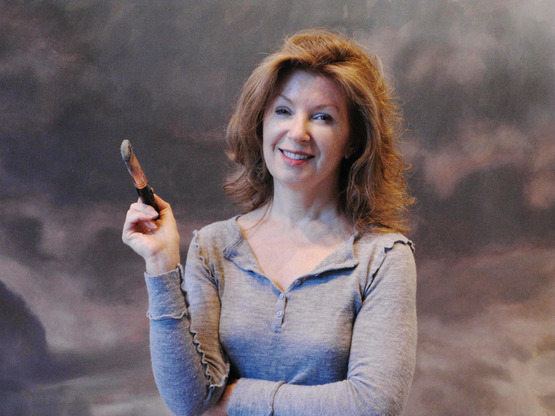 April Gornik is an American painter whose atmospheric landscape paintings focus heavily on cloud formations. “Now I make my landscapes so that I can be in them,” the artist remarked. “That’s why I alter them [landscapes], that’s why I make them somewhat artificial, because I want to take possession of them.” Born on April 20, 1953 in Cleveland, OH, she studied at the Nova Scotia College of Art and Design in Halifax, Canada, receiving her BFA there in 1976. Strongly referencing American Luminists like John Fredrick Kensett, the artist’s work has gained significant attention and critical acclaim since her first solo exhibition. Gornik lives and works in Long Island, NY with her husband, the painter Eric Fischl. Her works are presently held in the collections of institutions such as The Museum of Modern Art in New York, the Museum of Fine Arts Houston, and the Smithsonian American Art Museum in Washington, D.C, among others.