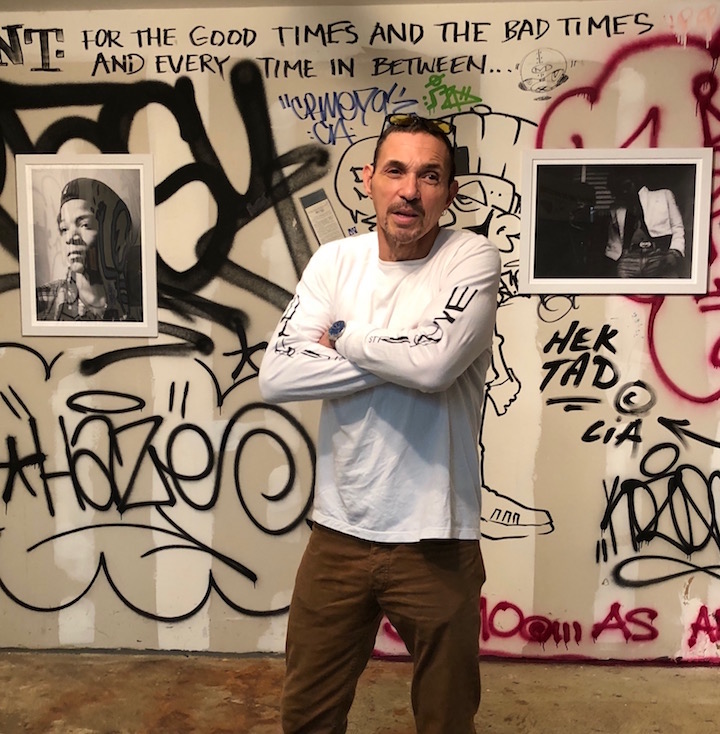 Díaz is sought-after as an expert of New York City counterculture art. He appears often in publications, as a highlighted speaker for a variety of panel discussions at universities and museums (including Smithsonian Institution, the Brooklyn Museum, The New School and Christie’s Education), and has been featured in several films, including Boom for Real: The Late Teenage Years of Jean-Michel Basquiat, BBC’s American Masters — Basquiat: Rage to Riches and Jean-Michel Basquiat: The Radiant Child.

Díaz’ current creative practice in Brooklyn includes gathering the standard “WET PAINT” signage used throughout the NYC MTA, and reconstructing them to create clever, poignant anagrams in various mixed media and public art formats. His work is shown and privately collected internationally. In 2018, Diaz authored SAMO©…SINCE 1978, an in-depth, color illustrated history of the street art legacy that he began with Basquiat in the late 70s. A notebook that Díaz made with Basquiat in his teens is currently held in the collection of the Yale University Beinecke Library.